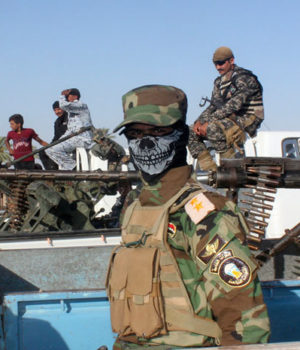 Unidentified gunmen killed at least 11 people and wounded eight others including soldiers in an attack on an Iraqi army post in western Baghdad, police sources and medics said on Monday.

The assailants in four vehicles attacked the post in the capital’s southwestern district of Al-Radhwaniya using grenades and automatic weapons, the sources said.

The Iraqi military said in a statement that a “terrorist group” of four elements attacked a post of a government-backed Sunni militiamen, killing four people and wounding three.

The army and police forces have started an operation in search of the attackers, police sources said.

Congo president vows not to accept judicial reforms that cause ‘harm’