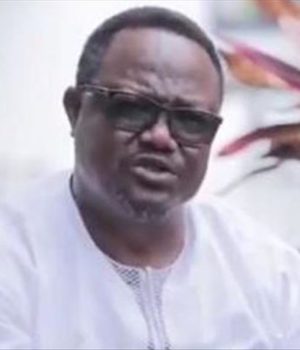 The government of Tanzania has finally allowed a former presidential candidate to leave the country for Belgium, where he would undergo a routine medical checkup after a three-month campaign trail.

Tundu Lissu had sought a temporary refuge at the residence of the German ambassador in Tanzania’s largest port city last week, claiming that he had received death threats in the wake of a disputed election in which incumbent President John Magufuli won with a landslide.

The police said they were not aware that Lissu’s life was in danger adding that he had been given police protection throughout the campaign period.

The outspoken human rights lawyer and his bodyguards were spotted at the departure lounge of the Julius Nyerere International Airport Tuesday afternoon queuing for checking in.

Speaking to reporters at the airport, Lissu said he was not fleeing the “fight” but rather “exploring other avenues to fight for democracy and human dignity and justice for the country”.

Prior to taking a temporary refuge, Lissu was arrested outside the diplomatic mission and questioned on suspected plot to overthrow the government. He denied the claims and was immediately released without charges.

There have been extensive diplomatic efforts by western diplomats at the German Embassy who had been negotiating with officials at Tanzania’s Foreign Ministry to secure Lissu’s permit so that he could travel abroad.

The move comes after two more politicians were reportedly arrested at the border point of Namanga as they were attempting to flee the country.

Godbless Lema, a former legislator for the Arusha Urban region, fled to Kenya with his wife and children and subsequently arrested by Kenya’s authorities, but has been released now.

His lawyer said the outspoken politician is seeking asylum because he does not feel safe to stay in Tanzania.

“Lema has the right to have his application heard and considered for refugee status,” said Irungu Houghton, the executive director of Amnesty International Kenya.

Lissu had survived an assassination attempt on Sept. 7, 2017, when unknown assailants opened fire at him, leaving him with life-threatening wounds.

Chinese rover begins making tracks on ‘dark’ side of moon

Takeover of Bank Asya based on banking rules: Minister

Germans awake to doom and gloom after Mexico loss