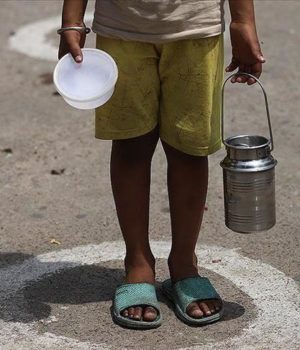 The United Nations Children’s Fund (UNICEF) on Monday called for urgent action to address child malnutrition in a sustainable way in Africa’s Sahel region, where millions of people are in need of humanitarian assistance.

In a statement, UNICEF said the Nutrition Now campaign is a call for action, as the situation in the Sahel is deteriorating very fast.

It said children born in the Sahel face multiple obstacles to survive and grow to their full potential, especially during their first years of life.

“The Sahel region is now home to over 60 per cent of the children suffering from wasting in West and Central Africa, with a number of children affected that could rise from 8.1 million in early 2020 to 9.7 million by the end of 2020, including 3 million children affected at a severe degree,” it said in the statement.

“It is time to act now, not only to immediately save children’s lives, but to prevent devastating long-term consequences for children and give them a better future,” said Marie-Pierre Poirier, UNICEF Regional Director for West and Central Africa.

She said the coronavirus pandemic has generated additional challenges and urged all actors to re-think and innovate to deliver services to vulnerable populations, especially children.

“Beyond the delivery of services to save the lives of children suffering from malnutrition, we must also provide vulnerable children with a comprehensive package of care so they do not become malnourished in the first place,” Poirier added.

Last month, international donors announced more than $1.7 billion to scale up lifesaving humanitarian aid to millions of people in the Central Sahel region and to help stem what could otherwise become one of the world’s biggest humanitarian crises.

Twenty-four governments and institutional donors announced the financial support at a virtual conference co-hosted by Denmark, Germany, the EU and the UN.

Niger and Burkina Faso appeared on the list of the 10 most-neglected crises in the world for the first time.