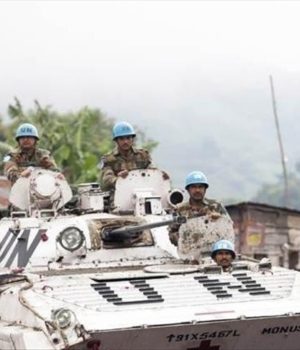 The head of the UN mission in Mali condemned a series of rocket attacks carried out by terrorists early Monday against military camps in northern Mali housing international forces.

A camp for peacekeepers belonging to the United Nations Multidimensional Integrated Stabilization Mission in Mali (MINUSMA) and soldiers for France’s Operation Barkhane was targeted along with two other military camps.

“The head of MINUSMA, Mahamat Saleh Annadif, condemned in the strongest terms the attacks that targeted the international forces today. We stand in solidarity with our partners and will spare no effort to carry out our respective mandates and bring peace to Mali,” the UN mission said on Twitter.

Apart from some material damage in Kidal, no loss of life was reported.

No one has claimed responsibility for the attacks.​​​​​​​

The attacks were probably aimed at diverting the attention of international forces to leave the field open for the attackers to operate elsewhere, said a local security source contacted by Anadolu Agency.

Man charged in Wisconsin kidnapping, killings due in court

GOP congressman who led the Benghazi probe will leave House