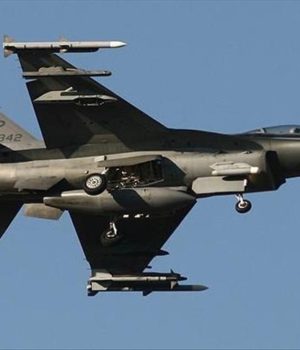 In a statement, the AFRICOM said it carried out two airstrikes against what they said the group’s explosive experts in the vicinity of Jilib in coordination with Somali government.

According to the AFRICOM’s “initial assessment,” the militants “were known to play important roles in producing explosives for al-Shabaab”.

“We will continue to apply pressure to the al-Shabaab network. They continue to undermine Somali security, and need to be contained and degraded,” US Army Gen. Stephen Townsend said in the same statement.

“This strike should demonstrate to any enemy that we stand by our partners and will vigorously defend both ourselves and our partners during this repositioning and future operations,” Maj. Gen. Dagvin Anderson, Joint Task Force – Quartz commander, said.

He went on to say that the US will continue maintaining “strong force protection” as well as striking “those who seek to harm us or our partners”.

The AFRICOM said it will continue to working with East African countries in order to include “building and maintaining regional security” as well as putting pressure on al-Shabaab for the sake of “advance mutual interests.”

The strike came days after Pentagon said US will pull out a “majority” of its troops from Somalia.

On Friday, the defense department said President Donald Trump ordered the agency and US AFRICOM “to reposition the majority of personnel and assets out of Somalia by early 2021.”

The action is not a policy change, said the agency.

The Pentagon vowed to “continue to degrade violent extremist organizations that could threaten our homeland while ensuring we maintain our strategic advantage in great power competition.”

Liberian president suspends 3 top officials sanctioned by US for corruption

All hail the mighty uncle – Chinese welcome Xi as the “core”

Biden wants a Brexit deal so UK should knuckle down, Irish PM says