The chief of the U.S. Capitol Police will resign, according to media reports on Thursday, a day after the federal force charged with protecting Congress was unable to keep supporters of Republican President Donald Trump from storming the building.

House of Representatives Speaker Nancy Pelosi had called on Capitol Police Chief Steven Sund to step down after officers in the 2,000-member force fell back as crowds advanced on Wednesday.

That enabled Trump supporters angry about his election defeat to invade the halls of Congress to disrupt certification of Democratic President-elect Joe Biden’s victory. Other officers fought to keep lawmakers and staff safe.

The Capitol Police did not immediately respond to inquiries about the reports of Sund’s resignation.

CNN reported on Thursday that a Capitol Police officer had died following the riot, the fifth person to die in the incident.

Washington’s federal prosecutor said he would charge any Capitol Police officers found to be complicit in allowing protesters into the building, and lawmakers vowed to open an investigation into the department.

“Many of our Capitol Police just acted so bravely and with such concern for the staff, the members, for the Capitol … and they deserve our gratitude. But there was a failure at the top of the Capitol Police,” said Pelosi, a Democrat, in calling for Sund’s resignation.

Trump supporters ransacked legislators’ offices, stole computers and documents, and left threatening messages as they roamed the building for hours in a rampage that left four people dead: one shot by police and three who died of medical emergencies.

The crowd racing through the building – with Trump flags and his signature red hats – stood in sharp contrast to the response to anti-racism protests this summer. At that time, the White House was surrounded by multiple blocks of buffer, and law enforcement officers used tear gas, projectiles and at one point the downward blast of a helicopter rotor to push back protesters.

In comparison, the streets around the Capitol were open on Wednesday morning, and scatterings of Capitol Police stood at low metal barriers resembling bicycle racks.

“They were overrun and, in many cases, appear to have completely opened the gates, snapped selfies,” Allen said. “By the time they called D.C. Metropolitan Police Department, it was too late.”

A House Democratic aide, speaking on condition of anonymity, said the investigation would focus on what intelligence was available in the run-up to the riot, how decisions were made and why the perimeter of the Capitol was not more secure.

The aide said some protesters were found carrying zip ties. Those heavy-duty plastic ties are often used to handcuff people, and could indicate an intent to kidnap members of Congress.

“Taxpayers deserve to know why … it took only an hour for a handful of ragamuffin protesters to enter the building and pose a threat to the continuity of democracy,” Senator Chris Murphy, the top Democrat on the Senate subcommittee overseeing the Capitol Police, told reporters.

‘WHY ARE THEY NOT COMING?’

Pelosi joined dozens of House members in the safe room where they sheltered after protesters battered the doors of their chamber on Wednesday, and told them she had received a steady stream of calls asking why reinforcements had not been dispatched more quickly.

“Why are they not coming now? Almost a constant flow of calls,” Pelosi said. “That is something to review.”

Pelosi and other lawmakers also praised the Capitol Police for protecting their staff and journalists. Many officers were injured.

Capitol Police did not respond to inquiries about why they had not cordoned off the area or brought in more support officers ahead of the protests, which Trump himself urged to be “wild.”

The acting U.S. attorney for Washington, Michael Sherwin, told a news briefing that any Capitol Police officer found complicit in the breach of the building would be charged.

Sherwin declined to answer a question about why Capitol Police did not detain people as soon as they attempted to get into the building. “That’s a concern and that’s made our job difficult,” he said.

The FBI sought the public’s help in identifying the rioters. Some of the 68 people arrested after Wednesday’s incidents were due in court on Thursday.

On Thursday, crews installed 7foot (2-m ) fencing around the Capitol. Police said they had been instructed not to talk to reporters.

Prior to reports of his resignation, Sund in a statement said the officer who fatally shot Ashli Babbitt, who was among a group of Trump supporters trying to force their way into the House chamber, was on administrative leave while the shooting is investigated.

A senior administration official said the Capitol Police had rejected Defense Department offers of additional training from before Wednesday.

“There was concern about having too much of a militarized presence, but this was about training and how to set up the perimeters and a layered defense, and they turned that down too,” said the official, who requested anonymity. 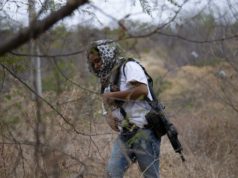 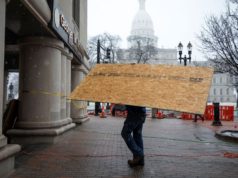 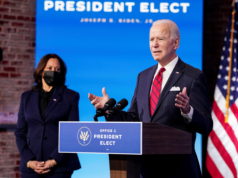 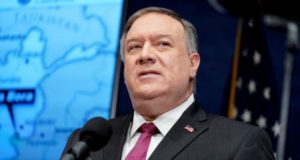