U.S. law enforcement officials are gearing up for pro-Trump marches in all 50 state capitols this weekend, erecting barriers and calling in their National Guards to try to prevent the kind of violent attack that rattled the nation on Jan. 6.

The FBI has warned police agencies of possible armed protests at all 50 state Capitols starting Jan. 16 through President-elect Joe Biden’s inauguration on Jan. 20, fuelled by supporters of President Donald Trump who believe his false claims of electoral fraud.

Michigan, Virginia, Wisconsin, Pennsylvania and Washington are among the states that have activated their National Guards to strengthen security, while Texas took the step of closing its Capitol from Saturday through Inauguration Day.

The scramble follows the deadly Jan. 6 attack on the U.S. Capitol in Washington by a mix of extremists and Trump supporters. Law enforcement officials have trained much of their focus on Sunday, when the anti-government “boogaloo” movement has flagged plans to hold rallies in all 50 states.

In Michigan a fence was erected around the Capitol building in Lansing and troopers were mobilized from across the state to bolster security. The legislature nevertheless canceled meetings next week, citing concern over credible threats.

“We are prepared for the worst but we remain hopeful that those who choose to demonstrate at our Capitol do so peacefully,” Michigan State Police Director Joe Gasper told a news conference on Friday.

The perception that the Jan. 6 insurrection was a success could embolden domestic extremists motivated by anti-government, racial and partisan grievances, spurring them on to further violence, according to a government intelligence bulletin dated Wednesday that was first reported by Yahoo News.

The Joint Intelligence Bulletin, produced by the FBI, the Department of Homeland Security and National Counterterrorism Center, further warned that “false narratives” about electoral fraud would serve as an ongoing catalyst for extremist groups.

Thousands of armed National Guard troops are now on the streets in Washington in an unprecedented show of force in the U.S. Capitol. The National Mall and iconic U.S. landmarks will be closed to visitors into next week.

Experts say that the capitals of battleground states such as Wisconsin, Michigan, Pennsylvania and Arizona are among those at most risk of violence. But even states not seen as likely flashpoints are taking precautions.

Illinois Governor J.B. Pritzker said on Friday that while his state had not received any specific threats he was beefing up security around the Capitol in Springfield, including adding about 250 state National Guards troops.

Suzanne Spaulding, a former undersecretary for the Department of Homeland Security, said disclosing such security measures can act as an effective deterrent.

“One of the ways you can potentially de-escalate a problem is with a strong security posture,” said Spaulding, now a senior adviser at the Center for Strategic and International Studies. “You try to deter people from trying anything.”

Some militias and other groups have told followers to stay home, citing the increased security or the risk that the planned events were law enforcement traps.

Even so, Michael Hayden of the Southern Poverty Law Center said he has not been this worried about the potential for violence in a long time. Among other factors, he said the perceived censorship of conservative voices by technology companies such as Twitter has served to meld right-wing extremists and run-of-the-mill Republicans into a common cause.

“It has provided a kind of unifying grievance between groups that had no connection with one another before,” Hayden said. 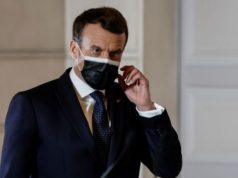 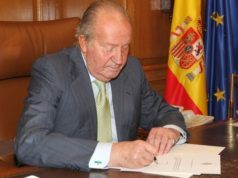 U.S. Justice Ginsburg says she is on her way to ‘being very well’