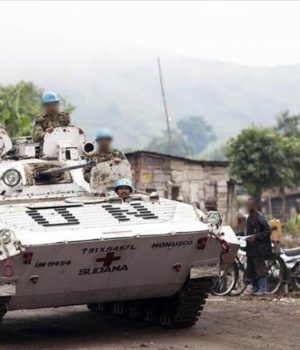 UN peace mission in the Central African Republic has sought more peacekeepers and equipment amid escalating violence in the country since last month.

“We need an increase in our capacity in order to respond to this new threat which is destabilizing the country even further,” Mankeur Ndiaye, head of the UN peacekeeping mission in the country (MINUSCA), told the UN Security Council at a virtual meeting late Thursday.

“If our requests are not heard, the response of the mission, and most particularly that of the forces, is going to be to do whatever it can. But troops are currently deployed over extremely large areas and as a result, the force only has limited response ability, and we cannot cover the entire territory because of the size of the country,” Ndiaye added.

He noted assaults and ambushes have continued, including against UN peacekeepers, seven of whom have been killed in recent weeks.

Most of the attacks in the country are blamed on the so-called Coalition of Patriots for Change armed group, backed by former President Francois Bozize.

The situation has been tense in the landlocked Central African country after Bozize’s candidacy for the Dec. 27, 2020 elections was turned down.

The retired general seized power in a 2003 coup but was overthrown in a 2013 rebellion. Several militia groups, some close to Bozize, have since attacked civilians, armed forces, and UN peacekeeping forces.

Faustin-Archange Touadera, who won a second term as president in last month’s polls, has reiterated his commitment to peace.

The UN Refugee Agency (UNHCR) last week called for an immediate end to all armed violence in the Central African Republic, saying that some 60,000 people have been forced to flee the country since December.​​​​​​​