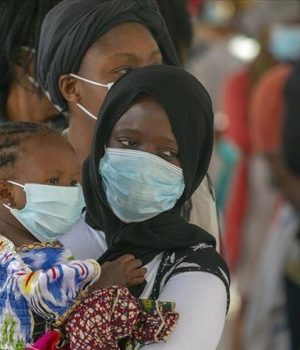 The first group of at least 9,800 Nigerian refugees will be repatriated from neighboring Cameroon, officials said on Wednesday.

The announcement was made after Nigerian Borno State Governor Babagana Umara Zulum and officials of the Federal Ministry of Humanitarian Affairs, Disaster Management and Social Development arrived in Marwa, the capital of Far North Region, on Tuesday.

There are over 46,000 Nigerian refugees in the Minawao camp in northern Cameroon, according to the Borno government.

The Minawao refugee site hosts Nigerian refugees fleeing violence in the neighboring country since 2014. In total, Cameroon hosts more than 100,000 Nigerian refugees, according to the UN Refugee Agency.

Zulum will “lead the Nigerian delegation to a meeting on the tripartite [repatriation] agreement signed between Nigeria, Cameroon, and the United Nations High Commissioner for Refugees, which will be held in Marwa in Far North Cameroon. Governor of Cameroon’s Far North Mijinyawa Bakare will host the meeting.”

Although the Nigerian military has regained control in parts of the country’s northeast, civilians in Nigeria, Cameroon, Chad, and Niger continue to be affected by grave violations of human rights, widespread sexual and gender-based violence, forced recruitment, and suicide bombings, according to the UN Refugee Agency.

US: Upcoming Nigerian elections cause of Boko Haram attacks

Half of UK citizens will develop cancer, says charity