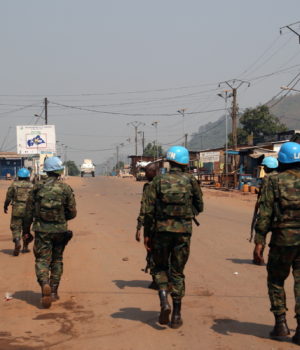 Twenty UN peacekeepers were wounded in central Mali in an attack on their base Wednesday, a spokesman for the UN mission announced.

The peacekeepers near the town of Douentza came under direct and indirect fire from unknown assailants at around 7.00 a.m. local time (0700GMT) “in an area of increased jihadist activity,” said Olivier Salgado.

Local sources in the West African country report that the wounded belong to the Togolese contingent of the UN Integrated Multidimensional Stabilization Mission in Mali (MINUSMA).

The head of MINUSMA, Mahamat Saleh Annadif, “has strongly condemned this cowardly attack and assured that all measures will be taken to ensure that the wounded peacekeepers receive proper care,” Salgado said.

Humanitarian workers and Malian soldiers are continuously targeted as they fight terrorism. Since the beginning of 2021, several peacekeepers have been killed and injured in explosions or in clashes with armed groups.

China: US Xinjiang warning ‘bad for the whole world’