Spain’s former King Juan Carlos, who left the country in August amid a cloud of scandals, has settled a back tax bill worth more than 4 million euros ($4.9 million), El Pais and El Mundo reported on Friday.

It was the second such payment by the former monarch in recent months.

The tax settlement of 4 million euros was based on 8 million euros worth of goods and services he received, the newspapers said. According to El Pais, the payment was to compensate for private flights from which he benefited.

In Decemebr, he paid the tax authorities more than 678,000 euros including interest and fines, which, according to El Pais, sought to settle alleged illegal credit card transactions with the revenue service to avoid being charged in an investigation and to be able to return to Spain.

Prosecutors at Spain’s Supreme Court have opened several investigations into Juan Carlos’ business dealings, including those linked to a high-speed train contract in Saudi Arabia.

His son, King Felipe, is the current head of state. Spanish monarchs have immunity during their reign but Juan Carlos’ abdication in 2014 in favour of his son potentially leaves him vulnerable to prosecution.

Asked about Juan Carlos, Deputy Prime Minister Carmen Calvo said the government can not comment on any citizen relationship with the tax authorities, but added: “No one is allowed to break the law. This comment is even more relevant today.”

Alberto Garzon, consumer rights minister and member of leftist party Unidas Podemos, was more blunt, saying on Twitter: “It is striking how many surprises we are faced with every month with the obscure – and also illegal – financial movements made by the institution that should be the most scrutinised in the whole of democracy, as it is the most protected and privileged: the monarchy.”

Juan Carlos has been living in United Arab Emirates since he left Spain. He played a key role in guiding Spain to democracy when he came to the throne after the death of right-wing dictator General Francisco Franco in 1975, but his popularity waned amid a series of financial and family scandals, leading to him stepping down. 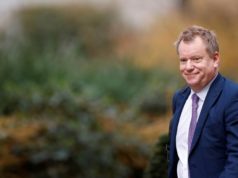 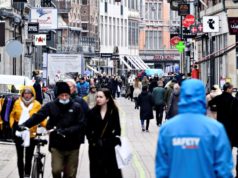 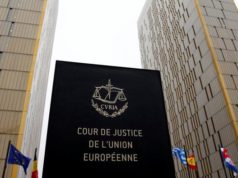