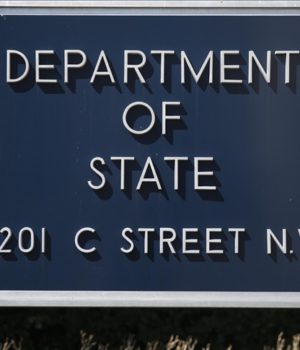 The US on Monday condemned three terrorist attacks in northern Syria that killed at least 20 civilians.

“The United States condemns the terrorist attacks this past weekend in Azaz, al-Bab and Afrin that resulted in the deaths of at least 20 civilians, including children,” said State Department Spokesperson Ned Price in a statement.

At least six people were killed and more than 20 others wounded when an explosive-laden vehicle blew up at an industrial site in Afrin on Saturday.

No group has claimed responsibility for the attack, but local security personnel suspected the YPG/PKK terror group.

On Sunday, 10 people were killed and 24 others wounded in terrorist attacks in the northern towns of al-Bab and Azaz.

“The United States is deeply alarmed by the frequency of such attacks in recent months, including the repeated use of vehicle-borne improvised explosive devices,” said the statement.

“Those responsible for perpetrating the violence should be brought to justice. Their actions endanger the Syrian people and threaten to destabilize the region further,” it added.

YPG/PKK terrorists continue to carry out attacks but do not claim responsibility when they end up harming civilians, according to local security sources.

The YPG is the PKK’s Syrian offshoot.

In its more than 30-year terror campaign against Turkey, the PKK – listed as a terrorist organization by Turkey, the US and the EU – has been responsible for the deaths of nearly 40,000 people, including women, children and infants.

Since 2016, Turkey has launched a trio of anti-terror operations across its border in northern Syria to prevent the formation of a terror corridor and to enable the peaceful settlement of residents: Euphrates Shield (2016), Olive Branch (2018) and Peace Spring (2019).

Egypt delegation leaves for Ethiopia to prepare for Sisi’s visit