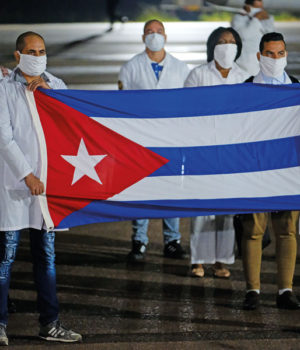 Another 39 Cuban healthcare workers have arrived in Mozambique to help bolster treatment at COVID-19 isolation centers in the country, a top official said.

The countries cooperate in the promotion of health education and research.

Zindonga said the government had requested the 39 Cuban health workers who will now join 14 others who arrived in the East African country in January.

The Cuban ambassador to Mozambique, Pavel Diaz Hernandez, said the health workers had arrived at a critical time in the country when more than 2.6 million people worldwide have died from the virus, and 120 million are infected.

Courtois primed for another goalkeeping duel after facing Bernabeu boos