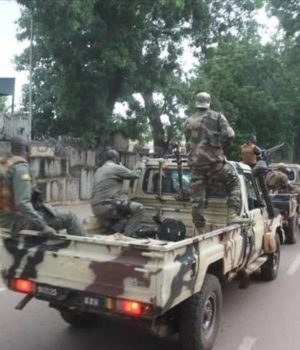 In a report, the UN mission in the West African nation of Mali on Tuesday concluded that a January airstrike by the French army overwhelmingly killed civilians among suspected non-armed members of terrorist groups, a claim denied by France.

The UN’s Multidimensional Integrated Mission for stabilization in Mali (MINUSMA) recommended that Malian and French authorities launch their own independent investigation of the circumstances of the strike and possible violations of international humanitarian law and human rights. It also advocated appropriate reparation for victims and members of their families.

On Jan. 3, French forces operating under Operation Barkhane airdropped three bombs on a gathering of at least 40 people believed to be elements of a terrorist group near the village of Bounti in Mali’s Douentza region. However, contradicting the official version, local sources claimed the bombs targeted a wedding procession in the village attended by civilians.

A fact-finding mission appointed by MINUSMA found that of the 22 people killed, 19 were civilians and three were suspected members of Katiba Serma, a group affiliated to al-Qaeda. Another eight civilians were injured in the strike. The victims were all men age 23 to 71, most of them residents of the village of Bounty, it said.

The report added that the fact-finding team which visited the village “did not find any material element at the scene of the incident that could have attested to the presence of weapons or motorcycles.” The French army claimed it carried out the strike based on intelligence and real-time elements that formally identified the gathering to be one of the armed terrorists.

MINSUMA said the “strike raises significant concerns” over respect for the principles of the conduct of hostilities and the obligation to verify that the targets are indeed military.

“The group affected by the strike was overwhelmingly composed of civilians who are people protected against attacks under international humanitarian law,” it said.

In a statement, the French Armed Forces Ministry raised “reservations over the research methodology” and “opposed unverifiable local testimonies and unsupported hypotheses to a robust intelligence method of the French armies.” It reiterated that the airstrike targeted an armed terrorist group and not a group of civilians, as alleged in the findings.

The ministry claimed the strike followed a robust targeting process based on NATO standards and the evaluation of the results of the strike also followed a rigorous framework, applied to all the operations carried out by France.

VAR to be used from Africa Cup of Nations quarter-finals