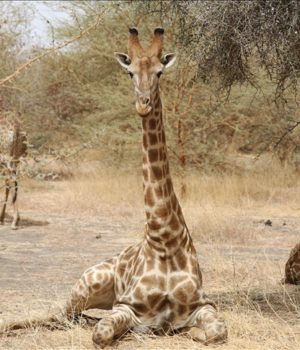 Kenya Wildlife Service (KWS) officials on Wednesday told local media that a skin disease is to blame for 10 deaths recorded at the Sabuli Conservancy in Wajir, which has over 40 giraffes.

Kenyans.co.ke, a local news site, quoted Wajir county KWS warden Karimi Mbaka as saying that two giraffes had recently died from the disease, which has been linked to dry weather conditions.

Sabuli Conservancy Chairman Mohamed Sharmarke said: “The disease seems to worsen during the dry season when the foraging declines. We have recorded more than 10 deaths at the conservancy over the last year. More might be affected outside our conservancy.”

Medical screenings are currently being done on unaffected giraffes to prevent the disease from spreading.

According to the Natural Resources Defence Council (NRDC), the East African country has a population of over 68,000 giraffes.

Kenya’s Tourism Minister Najib Balala Tuesday said on Twitter that he sent an emergency veterinary team to probe the cause of the disease.

“The team will work with the local Kenya Wildlife Service team to locate the giraffes and conduct medical examinations, to identify the cause of the deaths and ways to reduce the risk of death in other giraffes and wildlife species,” he said.