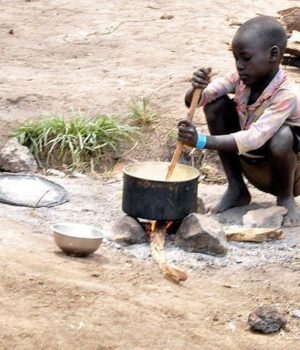 The UN humanitarian agency Thursday warned that an estimated 1.6 million people across Somalia are experiencing high levels of acute food insecurity and are in need of support.

In a statement, the UN Office for the Coordination of Humanitarian Affairs (OCHA) said the drivers of acute food insecurity include the compounding effects of poor and erratic rainfall, flooding, desert locusts’ infestation, the socio-economic impacts of COVID-19 and conflicts.

From April to June 2021, the food insecurity is expected to deteriorate for most population groups in the Horn of Africa country due to multiple risk factors, the OCHA warned.

Over 839,000 children under the age of five are facing malnourishment, including nearly 143,000 likely to be severely malnourished, it added.

Meanwhile, over 2,500 families displaced by clan fighting in Somalia’s central state of Galmudug are facing food insecurity, water shortage and homelessness, according to UN Radio Ergo on Thursday.

At least 17,000 families are facing serious water shortage in Mudug after wells in five settlements in the region broke down, Galmudugs Ministry of Energy and Water estimated.

A joint survey conducted between Jan. 28 and Feb. 3 by the Ministry of Energy and Water, the Ministry of Aid and Disaster Management, Mudug regional administration and some aid agencies found that there was a humanitarian crisis caused by water shortage in Wargalo, Wisil, Bajela, Laso Adale and Dhar-dhar, according to the radio.

Residents in the region told Anadolu Agency by phone on Thursday that the five wells were the main source of water for pastoralists. They called on the central government and aid agencies to rehabilitate their wells.

In southern province of Gedo, several children and elderly have died from dehydration, according to local media.

Retired US general says war with China likely in 15 years