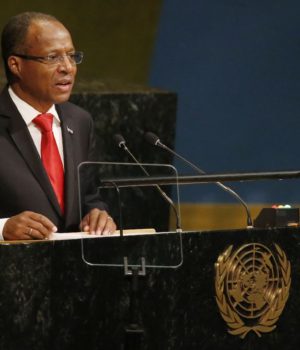 Cape Verde held parliamentary elections on Sunday, with the ruling party Movement for Democracy (MpD) pitted against its main challenger, the African Party for the Independence of Cape Verde (PAICV).

A cluster of 10 volcanic islands 570 km (350 miles) off Senegal, Cape Verde stands out as a pocket of relative stability in the region, having held democratic elections since it gained independence from Portugal in 1975.

“I voted to change the situation here. We need to have new policies for health and security,” said Flavia Andrade, a young voter in the capital Praia.

With a quarter of the economy reliant on tourism and travel-related industries, coronavirus restrictions at home and abroad pushed Cape Verde into recession last year.

In the previous government MpD controlled 40 of the 72-seat legislature, compared to PAICV’s 29. International observers said the last elections in 2016 were largely free and fair.

“We expect to win these elections,” he said after casting his ballot at the University of Cape Verde. “We have made a great campaign and our message was very well accepted, which brings us confidence.”

After voting Almada accused the Prime Minister’s party of sending text messages to supporters on Saturday, after the end of the official campaign period.

“This is a serious violation of the electoral code and could tip the balance in a struggle where the playing field should be level for everybody.”

The winning party will form a government and nominate a prime minister, who holds most executive authority in the country of 520,000 people, and is formally appointed by the president.

Results are expected to be announced on Monday afternoon

During Trump hotel strife, a ‘Trump Mojito’ but no water

Poland, Lithuania and Germany to discuss sanctions on Russia on Saturday

Of founders and findings: What to watch on impeachment