France suspended all flights from Brazil on Tuesday amid mounting fears over the particularly contagious coronavirus variant that has been sweeping the South American country.

“We note that the situation is getting worse and so we have decided to suspend all flights between Brazil and France until further notice,” Castex said, drawing scattered applause from lawmakers.

Although France has seen comparatively few known cases of the P.1 variant striking Brazil, the ravages it is causing in Latin America’s largest nation are increasingly raising alarm bells in France.

Castex noted that travelers from Brazil already needed to test negative for the virus before their departure and upon arrival in France, and also quarantine for 10 days. But the government was also facing mounting calls from health experts for a flight suspension to further limit potential spread.

Boris Vallaud, a lawmaker for the opposition Socialists, called the flight suspension “necessary and a very good decision.”

The prime minister’s office said the suspension would start Wednesday, and concerns flights from Brazil to France. National carrier Air France cancelled all its flights both to and from Brazil on Wednesday and said its flight schedule beyond that would depend on government instructions.

France has had 5.1 million coronavirus cases since the pandemic began, the highest number in Europe, and has seen over 99,000 people die. The country is struggling with another wave of coronavirus infections and hospitalizations that is straining hospitals in Paris and elsewhere.

To curb France’s surge in cases, restrictions on travel and movement are enforced nationwide, on top of an overnight curfew. Schools are in the midst of a shutdown scheduled to last for at least three weeks.

French Health Minister Olivier Veran told parliament that a variant which first swept through Britain before spreading to continental Europe is now responsible for about 80% of infections in France and that the variants first seen in Brazil and South Africa make up less than 4% of French infections.

“Proportionally, we are seeing a retreat of these variants because they are less contagious than the English one,” Veran said.

Even before the flight suspension, passenger traffic from Brazil had already been drastically curtailed by pandemic travel limits. The transport minister said this week that as few as 50 people per day were flying into Paris’ main airport from Brazil, down from 50,000 per week before the health crisis. 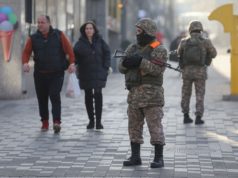 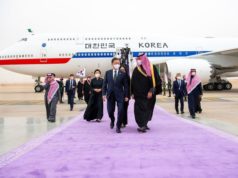