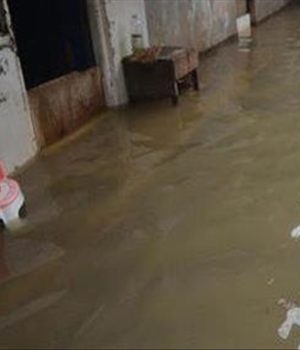 The warning noted that ”the atmosphere remains unstable over Mauritius and after a brief lull, very active clouds coming from the east will begin to influence the weather again. There will also be thunderstorms. Accumulations of floodwater have also been noted in the south, east and on the central plateau.”

Due to the unpredictable weather patterns, meteorologists from the Vacoas weather station told reporters they are not certain when the alert will be lifted.

Water sources, including rivers, have been polluted by the uncontrollable increase of rainwater.

The Central Water Authority in Port Louis said: ”The water supply is irregular in several places in the east of the country due to the accumulation of mud, regions affected with the water shortage include Quatre-Sœurs, Deux-Frères, Pointe-aux-Feuilles, Grand-Sable, Lallmatie, Bramsthan, and surrounding areas.”

It said that water tankers will be available to provide water to residents in affected areas.

Civil servants were asked not to report to work unless they are providing essential services.