More than 800 people have been killed by Myanmar’s security forces since a wave of protests broke out across the country after the military seized power in a coup in February, an activist group said.

Myanmar has been in turmoil since the army ousted Nobel Peace laureate Aung San Suu Kyi’s elected government and detained her and officials of her National League for Democracy party.

The military has responded to protests by pro-democracy supporters in cities and towns with lethal force, while there has been an upsurge in fighting between the army and ethnic rebels in border areas and newly formed militia forces.

As of Monday, 802 people had been killed in the junta’s crackdown on its opponents, according to the activist group the Assistance Association for Political Prisoners.

“This is the number verified by AAPP, the actual number of fatalities is likely much higher,” the group said in its daily briefing.

It detailed six additional fatalities including in towns in Chin state and in districts of the main cities of Mandalay and Yangon.

Reuters could not independently verify the casualties and a military spokesman did not answer a phone call seeking comment.

The junta has previously disputed the number of civilians that have died and said dozens of members of the security forces had also been killed during the protests.

The activist group said 4,120 people were currently being detained, including 20 who had been sentenced to death.

Some of the most intense fighting since the Feb. 1 coup has emerged in recent days in Mindat, about 100 km (60 miles) from the Indian border in Chin state as the army battles local militias.

Thousands of residents in the hill town in northwest Myanmar were hiding in jungles, villages and valleys on Monday after fleeing an assault by the military, witnesses said.

Martial law was declared in Mindat last week before the army launched its assault, using artillery and helicopters against a newly formed Chinland Defence Force. The militia, armed mainly with hunting rifles, said it had pulled back to spare civilians from being caught in the crossfire.

Several residents reached by Reuters said food was in short supply and estimated as many as 5,000 to 8,000 people had fled the town. Roads were blocked and the presence of troops in the streets was preventing their return.

“Almost everyone left the city,” said a volunteer fighter who said she was in a jungle. “Most of them are in hiding.”

The United States and Britain have called on the army to avoid civilian casualties and a shadow National Unity Government formed by loyalists of Suu Kyi appealed for international help.

A U.N. General Assembly vote on Tuesday on a draft resolution calling “for an immediate suspension of the direct and indirect supply, sale or transfer of all weapons and munitions” to Myanmar has been postponed, diplomats said.

It was not immediately known when a vote would be rescheduled. Some diplomats said it had been delayed in a bid to win more support.

The draft resolution calls on the Myanmar military to end a state of emergency, stop all violence against peaceful protesters and respect the will of the people as expressed in the results of November’s election. 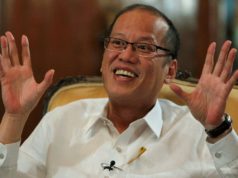 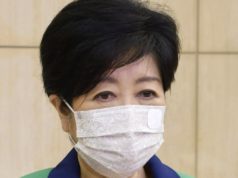 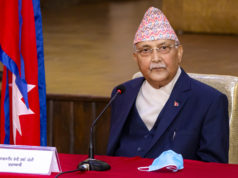 Baby boy of murdered pregnant woman in London has died