Australia reported a slight rise in COVID-19 infections on Tuesday, while officials in several states tightened movement curbs and pushed for vaccinations to limit flare-ups of the highly infectious Delta variant.

After months in which it had nearly stamped out the virus, Australia is battling the variant in five of its eight states and territories, just two weeks after an infection in key city Sydney involving a limousine driver of overseas airline crew.

Worries that the variant first detected in India could touch off outbreaks have forced lockdowns in three large cities and curbs of varying strictness in several more, affecting more than 20 million Australians, or about 80% of the population.

Sydney, home to a fifth of Australia’s population, is in a two-week lockdown until July 9, while a stay-home order in the outback city of Darwin was extended by 72 hours to Friday. The Sydney outbreak has grown to nearly 150 cases.

Mandatory masks and limits on gatherings are among the curbs across Australia.

Police in the most populous state of New South Wales fined Deputy Prime Minister Barnaby Joyce A$200 ($150) for not wearing a mask inside a petrol station, media said.

Joyce, the highest ranking government official to face such a fine, confirmed the incident in a media interview, saying he had gone unmasked to pay for petrol bought for his partner.

Even under lockdown, New South Wales reported 19 new locally-acquired infections, up from 18 a day ago.

Western Australia reported no new cases, despite going into lockdown, while the Northern Territory detected two.

Monday’s decision to indemnify doctors who give the AstraZeneca (AZN.L) vaccine to those younger than 60, a bid to kickstart a sluggish inoculation program, provoked complaints from doctors who said the medical regulator still recommended the vaccine for those older than 60. read more

“Phones are ringing off the hook at GP clinics,” Karen Price, president of the Royal Australian College of General Practitioners, said on Twitter.

“We had no warning of last night’s announcements and this isn’t the first time this has happened.”

Omar Khorshid, the president of the Australian Medical Association, said the change took him by surprise and caused “disagreement and confusion”, by appearing to contradict the formal advice.

“AstraZeneca is safe, it is effective, but for those under 60 there is a better vaccine and that is Pfizer,” Khorshid told the Australian Broadcasting Corp.

Public health experts in three states said they were not consulted before the announcement.

Border closures, lockdowns and contact tracing have helped Australia hold down infections, with just over 30,500 cases and 910 deaths, but the federal government has faced criticism over the pace of vaccination.

Less than 5% of the population has been fully inoculated.

Neighbouring New Zealand said it would resume quarantine-free travel next week with the states of South Australia, Tasmania and Victoria and the Australian Capital Territory, as it lifted curbs in its capital of Wellington. 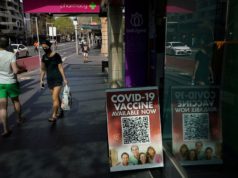 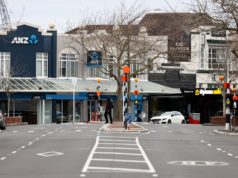 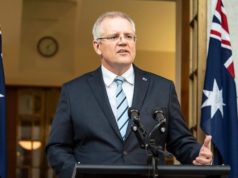