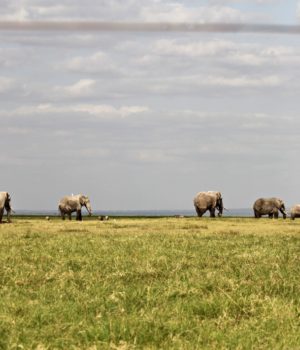 Balala announced at the ceremony that Kenyans and people from across the world now have an opportunity to play a key role in the conservation of elephants following the launch of the event, which is aimed at raising awareness over the conservation of the majestic and endangered wild animals.

“Today’s launch of the Magical Kenya Elephant Naming Festival will be remembered for long in the history of Kenya’s elephant conservation efforts. It is an initiative that will help us scale up conservation of elephants even higher by ensuring that Kenyans and the world at large are a part of it,” he said.

According to Balala, how it works is that in addition to raising funds for the conservation of elephants by encouraging more people to take part, the festival will also offer them an opportunity to learn more about elephants.

People will have a chance to adopt an elephant after contributing funds towards their conservation. The “foster parent” will then be given priority in choosing the elephant’s first name. The second name will be a Maasai name based on the animal’s profile, history, role in the family and physical attributes like the state of its tusks.

The event’s aim is to raise awareness on the plight of elephants and rally support towards their conservation. The initiative will also play a pivotal role in ensuring that the conservation of elephants is not affected by shocks and crises like the COVID-19 pandemic.​​​​​​​

Members of Kenya’s Maasai tribe, dressed in their traditional regalia, celebrated during the ceremony with dance and music at the foothills of snow-capped Mount Kilimanjaro.

Dozens of elephants could be seen roaming the vast national park, which has been named by environmentalists as one of the safest homes for elephants in all of Africa due to its not having a single case of a poached elephant in 20 years, according to Balala.

The elephants were walking in families with about a dozen members. From a distance, one could see dozens of other elephants all walking together in harmony as hundreds of wildebeests, zebras, flamingoes and deer stared at them passing, with none of the animals bothering the others or scared.

Currently, Amboseli National Park has over 3,000 elephants. Kenya as a country boasts over 34,000 elephants, and the number has been gradually increasing at an annual rate of 2.8% over the last three decades. Remarkably, there has been a 96% decline in poaching with 11 elephants poached in 2020 compared with 386 elephants in 2013.

Nigerian state to shut camps for people displaced by insurgency

South Africa’s ANC chairman wants state to seize land from those with over 12,000...