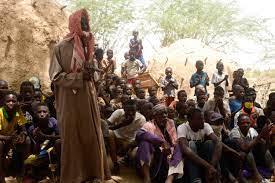 Armed assailants killed 19 villagers in western Niger near the border with Mali, where Islamist militants have increasingly targeted civilians this year, the mayor of a nearby town said on Friday.

The attack occurred on Thursday in and around the village of Danga Zawne in western Niger’s Tillabery region, Karidjo Hamadou, the mayor of the town of Tonkiwindi, told Reuters. He did not say who was responsible.

Like its neighbours Mali and Burkina Faso, Niger is a regular target for militant groups linked to al Qaeda and Islamic State, which have grown stronger despite the deployment of thousands of regional, Western and U.N. troops across West Africa’s Sahel region.

Suspected Islamic State fighters killed at least 100 civilians on Jan. 2 in raids on two villages in Tillabery and at least 137 people in coordinated raids in March in the neighbouring Tahoua region.

The militants had previously focused their attacks on Nigerien security forces, but in recent months they have been drawn increasingly into local ethnic conflicts, leading to greater violence against civilians.