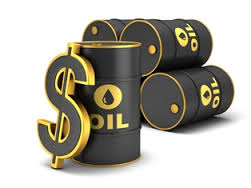 The production has begun in Block 5A and the unit is seeking a production of 8,000 barrels per day.

Output in the oil block has been capped by Sudan but the country “will make sure the capping is lifted so that we produce more than 16,000 barrels a day,” Puot Kang Chol told reporters at a ceremony held in Tharjiath oilfield in Unity State.

“The resumption to us as a government means economic security, not only to the government of South Sudan but also to the communities in the oil producing region,” he added,

The resumption “marks a significant milestone for SPOC,” said Eruwan Gerry, head of the Sudd Petroleum Operating Company (SPOC) which operates the block.

UK will not ‘surrender’ over bespoke Brexit deal with EU: minister

Amazon looks to build on 1st season of NFL streaming

Germany wants a woman to succeed Lautenschlaeger at ECB: Scholz