Two Australian states are on COVID-19 alert after an infected woman and her husband travelled from Victoria, the epicentre of country’s latest outbreak, through the states of New South Wales and into Queensland, visiting dozens of sites enroute.

The 44-year-old woman tested positive for COVID-19 once in Queensland, authorities said late on Wednesday, and her husband has since tested positive.

Queensland state Health Minister Yvette D’Ath told reporters in Brisbane on Thursday that the couple’s tests suggested they were likely at the end of their infectious period.

“This means the risk is lower than we were expecting yesterday, which is really positive news,” D’Ath said. No other cases were reported from the state.

Australia has largely contained all prior outbreaks through snap lockdowns, regional border controls and swift contact tracing, with just over 30,200 cases and 910 deaths since the pandemic began. It has reported zero cases most days this year.

“The message broadly to our regional communities is be on high alert, this is a real and present danger to us, having people who are positive, traveling through our state stopping at multiple venues puts our state at risk,” NSW state Health Minister Brad Hazzard said.

NSW, the country’s most populous state, has not reported any locally acquired cases of COVID-19 in more than a month, while Queensland last reported cases in late March.

Australia on Thursday also reported a 52-year-old woman died from serious blood clots with a low blood platelet count after having the AstraZeneca (AZN.L) vaccine, the second death in Australia linked to the vaccine out of 3.6 million doses given.

“We are getting very good at diagnosing and treating this particular event. But in this particular case that was not successful,” Chief Medical Officer Paul Kelly told reporters.

The country has now had a total 35 confirmed and 13 probable cases of the rare side effect. The AstraZeneca vaccine is recommended only for people over 50 in Australia.

The government on Thursday extended a ban on cruise ships entering Australia to Sept. 17. The curb has been in place since March 2020, when cruise ships were the source of most of Australia’s early COVID-19 cases.

On Thursday, Victoria reported four new locally acquired cases, versus one case a day earlier, taking the total infections in the latest outbreak to 90.

The new cases, all from the same household, come as Melbourne prepares to come out of a two-week lockdown on Thursday night, although some curbs on travel and gatherings remain.

Melbourne’s five million residents must stay within 25 kms (15 miles) of their homes, a move that could inflict more pain on businesses in rural areas as officials seek to limit community transmission during an upcoming long weekend.

Though Thursday’s cases are not linked to any other clusters in the latest outbreak, the lifting of lockdown in Melbourne will proceed due to low-risk levels, Victoria state Acting Premier James Merlino said during a televised media conference.

Separately, New Zealand authorities have moved three Melbourne residents into managed isolation after they boarded their flight from Sydney to beat a travel ban imposed in response to the Victoria outbreak, New Zealand media reported. 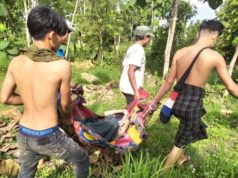 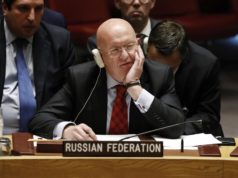 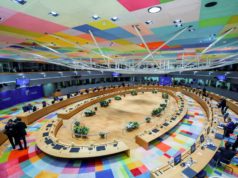 US asks Ethiopia to work with int’l community on Tigray

EU understands it has to move on some Brexit issues: UK defense minister