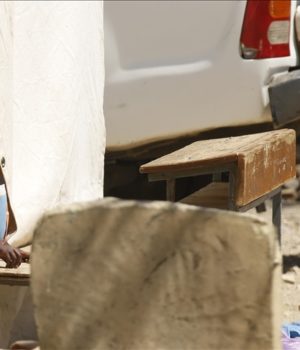 Thousands of academic institutes in the states of Tigray, Amhara and Afar have been damaged by TPLF fighters, Education Minister Getahun Mekuria said in an address at a conference.

Since the Ethiopian government declared a unilateral cease-fire on June 29 and pulled out troops from the Tigray region, the TPLF has encroached large areas in neighboring Amhara and Afar states.

“In the past month alone, 455 schools catering to some 88,000 students have been destroyed by the TPLF,” Getahun said, according to local broadcaster Fana.

“Some 140 schools and two training colleges for teachers have also been fully or partially destroyed,” he added.

The minister also posted a message on Twitter saying that “more than 1.42 million students have been out of school already (in #Tigray) or will be out of school (in Afar, Amhara).”

The Ethiopian government and the TPLF, which ruled Ethiopia for 27 years until 2018, have been fighting since November last year.

According to official estimates, more than 2 million people have been internally displaced in Ethiopia, while tens of thousands have fled into neighboring Sudan.