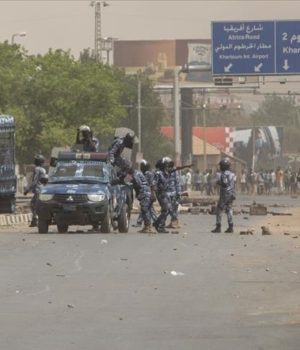 A government delegation arrived in Port Sudan city on Sunday for talks aimed at containing protests in eastern Sudan.

Demonstrators have blocked the city’s airport, and seaports and the main road between Khartoum and Port Sudan in protest of a 2020 peace deal with rebel groups, which the Beja tribes in eastern Sudan say it marginalizes them.

A statement by Sudan’s ruling Sovereign Council said the government delegation will hold a series of meetings with the city’s security committee and the High Council of Beja Nazir.

The delegation is headed by council member Shams El-Din Kabbashi and includes the foreign, interior and oil ministers.

Since Aug. 21, 2019, Sudan has been going through a 53-month transitional period that will end with elections in early 2024.

Power is currently shared by the army, the Forces of Freedom and Change alliance, and armed movements that signed a peace agreement with Khartoum on Oct. 3, 2020.

On Tuesday, Sudanese authorities thwarted a coup attempt by a group of military officers.