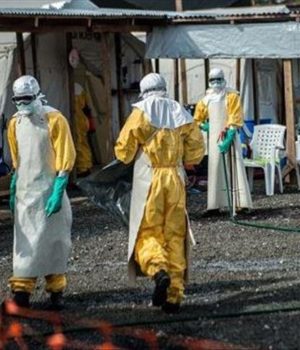 A woman in Ivory Coast who was suspected of having the Ebola virus has been found to be virus free after a second laboratory test was carried out, the World Health Organization (WHO) said Tuesday, declaring that there is no evidence of the virus in the West African country.

The Ivory Coast government and WHO had earlier in August confirmed an Ebola outbreak in the country’s largest city, Abidjan, involving an 18-year-old woman who was hospitalized with the virus after arriving from neighboring Guinea.

“With the new results from the laboratory in Lyon, the WHO considers that the patient did not have the Ebola virus disease, and further analysis on the cause of her illness is ongoing,” the WHO said in a statement.

“The WHO is now downgrading its actions in Ivory Coast from response to readiness mode.”

The second test by a lab in Lyon, France followed tests conducted by a lab in Ivory Coast which led health authorities to announce their first Ebola case since 1994.

More than 140 contacts were listed in Ivory Coast and Guinea.

But the WHO said no one else has shown symptoms for the disease or tested positive for Ebola.

Ebola is a severe, often fatal illness affecting humans and other primates.

Case fatality rates have varied from 25% to 90% in past outbreaks.

About a dozen WHO experts were mobilized to support the country’s efforts and 5,000 Ebola vaccine doses were sent from Guinea to Ivory Coast.

Nigerian state to shut camps for people displaced by insurgency

Manbij roadmap to be ‘turning point’ in US-Turkey ties

ABC cancels ‘Fresh Off the Boat,’ sets finale for February