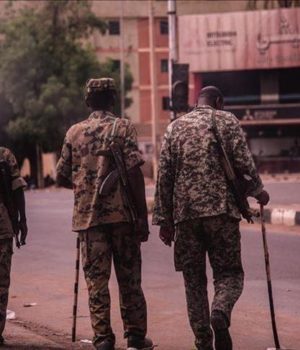 The Sudanese army on Sunday denied reports about a coup attempt in Sudan.

Several reports emerged on social media on Saturday that the military had thwarted a coup plot by a number of army officers.

In a statement, the army termed the reports about an alleged coup plot as “fabricated”, saying that those reports were fanned by certain parties, but without naming those parties.

The Sudanese army went on to reiterate its commitment to protect the country’s transition to democracy.

A Sovereign Council was formed under an agreement between the Sudanese army and opposition leaders to lead the country for a 3-year transitional period.

Egyptian women get 2 years in prison for TikTok dance videos