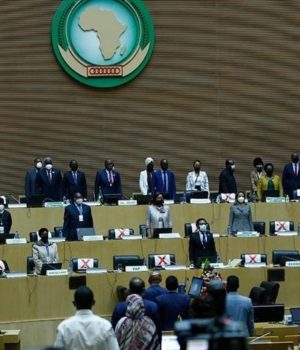 The African Union on Wednesday suspended Sudan from all its activities.

The decision will remain in effect until the reinstatement of the Sudan Transitional Government formed over two years ago after the ouster of former President Omar al-Bashir.

In a statement, the African Political, Peace and Security council (PAPS) urged the reinstatement of the transitional government that brought together both the military and civilian officials.

Welcoming the release of Prime Minister Abdalla Hamdok, it called on the military wing led by Gen. Abdel Fattah al-Burhan to release detained Cabinet members and other civilian officials.

On Monday, Sudan’s military announced a state of emergency, dissolved the transitional sovereign council and the government, hours after detaining Prime Minister Hamdok and ministers in his civilian government.

Shocked by the military takeover, the UN and numerous countries have urged a return to the transitional process envisaged to culminate in a national election.​​​​​​​

After a failed military coup last month, deep tensions erupted between the military and the civilian administration in Sudan amid recent rival protests.

Before the military takeover, Sudan was administered by a sovereign council of military and civilian authorities, which was overseeing the transition period until elections slated for 2023 as part of a precarious power-sharing pact between the military and the Forces for Freedom and Change coalition.

In year of Democratic hopes, GOP comes out on top in Florida

Russia says will not delay response to U.S. sanctions