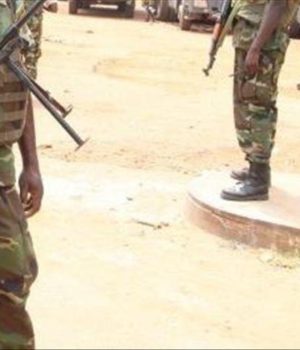 The security forces of the Democratic Republic of Congo (DR Congo) have arrested Ugandan rebel leader’s wife on accusations of supplying the group with food, ammunition, and medicines.

Lieutenant Ismail Besusa, a security officer in Ituri Province near Uganda’s and South Sudan’s borders, told media on Sunday that the arrested had an Uganda national identity card in the name of Joan Namayamja.

He claimed that during preliminary questioning of Namayamja, who was apprehended on Thursday, admitted to joining the Allied Democratic Forces (ADF) rebel group around 20 years ago and had been supplying the rebel group with food, ammunition, medication, and other necessities for the past 15 years.

“She also helped us in the arrest of her handler, Mumbere, and both are in our custody,” he continued.

He further claimed that when Namayamja was apprehended, she was carrying a number of military uniforms, knives, bullets, and food in a vehicle. She admitted that the items were being delivered to ADF fighters, he added.

According to the security officer, the DR Congo army has launched an operation against ADF rebels from Eastern DR Congo, killing over 150 of them in the last four months.

The detained woman is married to one of the rebel leaders and has been involved in conniving the ADF in Ituri province, according to the Global Refugee Leaders Forum, a non-governmental organization’s office-bearer in Goma, the capital of North Kivu province.