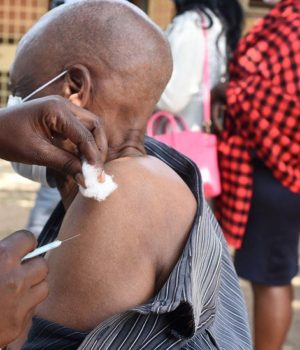 As Kenya prepares to bar unvaccinated people from accessing in-person government services, Amnesty International on Monday urged officials to educate the public on the benefits of COVID-19 vaccines rather than using coercion.

In a statement, Amnesty urged Kenya to accelerate education about jabs and dispel misinformation as a way to boost vaccination rates.

Irungu Houghton, executive director of Amnesty International Kenya, said Kenya should not deny its people’s fundamental constitutional rights and freedoms if they are unvaccinated.

“While there are legitimate health reasons for as many people as possible to be vaccinated, these reasons should not deprive a person of their right to work, essential services including education, health, and security, and their freedom of movement,” he said.

Amnesty said that it would be unrealistic for Kenya’s vaccination figures to jump from 8.8% to 60% within a month as the government is on record as stating that it currently only has enough vaccine for 15% of the population and requires more human resources to reach all Kenyans.

Kenya on Sunday said that as of Dec. 21, state facilities would apply a “no jab, no service” policy.

Health Minister Mutahi Kagwe on Sunday warned that those who will not have been vaccinated will be denied in-person services at government facilities, and that the policy will soon extend to transport and hospitality in hotels and tourism.

Eighteen people tested positive for the disease on Monday from a sample size of 3,982 tested in the last 24 hours.

Total confirmed positive cases are now 254,728 and cumulative tests so far conducted are over 2.8 million.