British Prime Minister Boris Johnson is on “great form” and a speech to business leaders where he appeared to lose his place before talking about a visit to Peppa Pig World does not raise concerns about his leadership, his deputy said.

Johnson was briefly left lost for words on Monday when he lost his place in notes during a speech before regaling the Confederation of British Industry with an anecdote about his recent visit to a Peppa Pig theme park.

Asked if there were serious concerns of Johnson’s Downing Street office about Johnson’s grip on the job, Raab said “I don’t agree.”

“In relation to Peppa Pig, it is a fantastic British export around the world, and I think that was the point the Prime Minister was making,” Raab said. 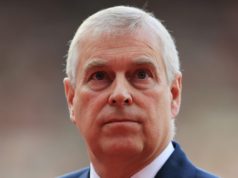 EU, Britain to intensify talks on a Brexit deal