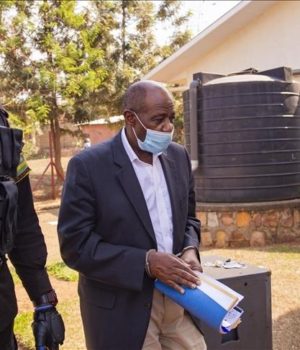 A Rwandan appeals court on Monday upheld a 25-year prison term for Paul Rusesabagina, who was portrayed as a hero in the Oscar-nominated film Hotel Rwanda for saving hundreds during the 1994 Rwandan genocide.

Rusesabagina, 67, was convicted last September on eight terrorism-related charges over activities of the National Liberation Front (FLN), a group opposed to President Paul Kagame, who has ruled Rwanda for over two decades.

Prosecutors filed an appeal in February seeking a longer prison term, but the appeals court ruled that “there was no reason to extend his sentence.”

Rusesabagina is being held in a Rwandan prison and was not in court for Monday’s ruling.

He previously acknowledged being a member of the Rwanda Movement for Democratic Change (MRCD), a political organization that has the FLN as its armed wing.

However, Rusesabagina denied all charges against him and refused to take part in a trial that he said was politically motivated.

Rusesabagina inspired the 2004 Hollywood film Hotel Rwanda, which depicted how he used his influence as the hotel’s manager to shelter and give safe passage to about 1,200 people during the Rwandan genocide.

However, IBUKA, an umbrella body of associations representing survivors of the genocide, later said he had exaggerated his own role in helping refugees.​​​​​​​