South Africa’s President on Monday compared recent incidents of anti-immigrant sentiment in parts of the country to tactics previously used by the apartheid regime.

“It is deeply disturbing how the recent incidents of anti-foreigner sentiment in parts of the country echo our apartheid past,” Cyril Ramaphosa wrote in his weekly newsletter.

“We have seen people being stopped on the street by private citizens and being forced to produce identification to verify their immigration status,” said Ramaphosa, adding that this was how the apartheid regime used to operate.

Ramaphosa’s comments came less than a week after a 43-year-old Zimbabwean, Elvis Nyathi, was attacked by a mob and set alight by a group of vigilantes searching for foreign nationals in Diepsloot, a township near Johannesburg.

Hundreds of South Africans protested on Wednesday against rising crime rates in Diepsloot, accusing police of failing to contain crime, which they blamed on illegal immigrants.

In the night, vigilantes searched the homes of foreign nationals, demanding identification documents, while others looted property or robbed small businesses.

Ramaphosa warned that neither the vigilante groups, nor politicians inciting local communities to attack foreigners, would be tolerated.

“We cannot allow such injustices (of apartheid past) to happen again,” Ramaphosa said, adding that during apartheid, if Black people did not produce identity documents when demanded, they were sent to jail.

He also underlined that private citizens would not be allowed to force migrants to produce their passports.

Foreign nationals are often blamed for increasing crime and occupying jobs in South Africa, where tens of thousands of African migrants have sought to escape poverty in their countries.

In his newsletter, Ramaphosa, downplayed claims that migrants were the main group responsible for crime.

“Contrary to what is claimed by some anti-immigration groupings and individuals, the perpetrators of crime are both black and white, male and female, foreigner and citizen,” he said.

He said the country cannot defeat crime through incitement, violence, intimidation and vigilantism aimed at foreign nationals, and specifically nationals from other African countries.

South Africa has recorded several incidents of such violence in recent times, with foreign nationals and their businesses attacked. Dozens were also killed during anti-immigrant operations. 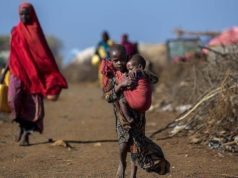